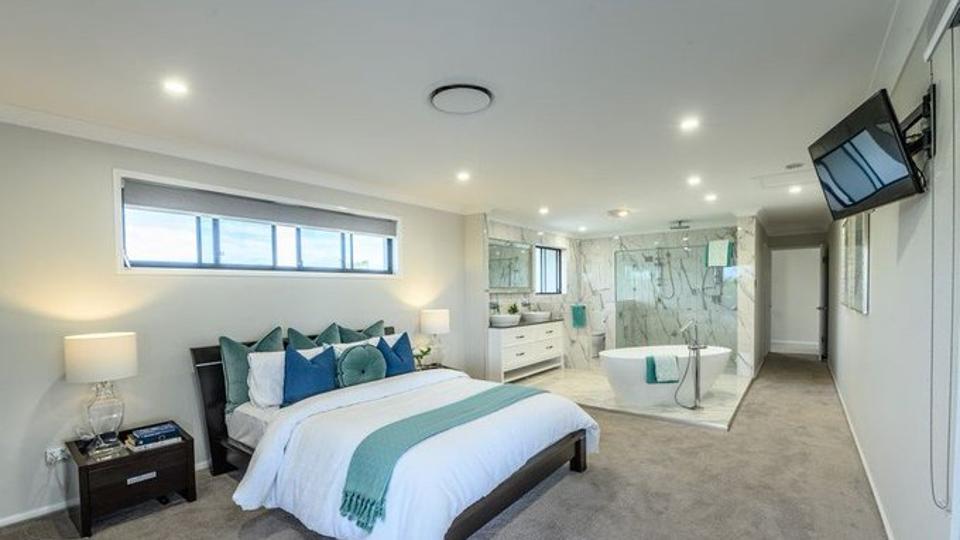 Bizarre bathroom without walls leaves Twitter shocked. What do you think?

When you think of a washroom, you think about a private space. After all, who would like to be watched while they are doing their business? However, there are some who don’t quite consider that a problem. Take for example this home owner who removed all the walls around his ensuite bathroom. Nope, he didn’t even keep a glass wall as a barrier between the bathroom and his room and a picture of this set up has since collected a ton of reactions on Twitter.

A picture posted on Twitter by an Australian real estate reporter, Debra Bella, shows this special setup. “Ensuites without walls. The owner of this Wynnum house knocked them down and he says it’s what couples want. What do you think?” says the tweet posted along with the picture.

The bathroom shows two basins, a tub and a shower area. It interestingly also has a semi-enclosed area for the toilet.

The owner of the house, Troy Williamson, was amazed by the Twitter response. “I thought it would be cute for a husband and wife to get ready together,” he told realestate.

This is not something new, as there are people who have a similar setup in their houses, reports the realestate.

What do you think about this bathroom?