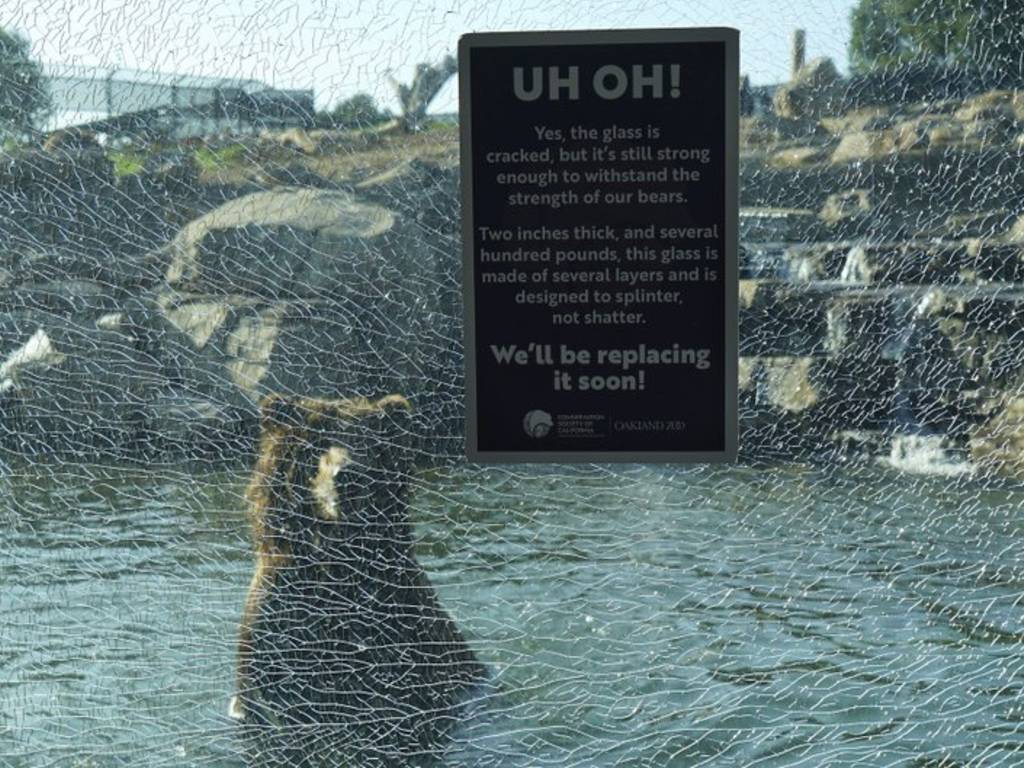 Zoo officials in California say there’s no chance that several grizzly bears will escape after a child hit their enclosure with a rock, splintering the glass on Tuesday.

According to Oakland Zoo spokesperson Erin Harrison, a child repeatedly hit a rock against the zoo’s glass bear enclosure, causing cracks all over the laminate layer.

Harrison added that the bulletproof-strength glass in the enclosure, which contains four grizzly bears, is comprised of six separate panes of glass.

She said another zoo visitor reported the family to zoo staff but they couldn’t be found.

A replacement glass pane will cost US$67,000 and require special equipment for installation next month, Harrison said.

In a shocking image shared by the Oakland Zoo, a bear can be seen staring through the broken glass. A sign attached to the pane reads: “Uh oh! Yes, the glass is cracked, but it’s still strong enough to withstand the strength of our bears.

“Two inches thick, and several hundred pounds, this glass is made of several layers and is designed to splinter, not shatter. We’ll be replacing it soon!”

A couple months ago, zoo officials shared video footage of three of their bears sitting in their pool of water, chewing on deer antlers.

Little onlookers pointed at the bears, watching them from afar as the animals enjoyed their afternoon snack.