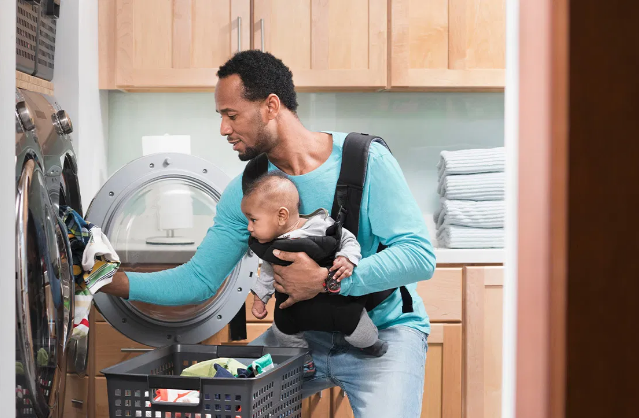 Common Cleaning Products May Put Infants at Risk for Asthma

We all want to raise our children in a safe environment. Part of that is maintaining a clean home that minimizes the risk of catching a cold or flu from contaminated surfaces.

However, there are common household cleaners that can pose a risk to your child’s health.

Some cleaning agents may significantly increase the risk of lung conditions like wheezing or asthma, according to recently published research.

Babies who have an early exposure to household cleaning products are associated with the development of childhood asthma and wheeze by 3 years of age, the study found.

“Society has been conditioned us to believe that a home needs to smell of cleaning products in order to be ‘clean’, but that’s not the case,” lead study researcher Dr. Tim Takaro, professor of health sciences at Simon Fraser University in Canada, told Healthline.

Participants drawn from the CHILD Cohort Study
Although previous researchTrusted Source looking at the association between cleaning products and asthma focused on adults, this study specifically looked at infants.

Takaro and team analyzed data from questionnaires completed by the parents of more than 2,000 children exposed to cleaning products from birth to about 4 months.

All the children were participants in the Canadian Healthy Infant Longitudinal Development (CHILD) Cohort Study, who were recruited from Canadian urban centers.

A majority of the children examined were white, hadn’t been exposed to tobacco smoke up to age 3 to 4 months, and almost 70 percent didn’t have a family history of asthma.

The children were then examined at 3 years old to determine whether they had asthma, allergic sensitization (atopyTrusted Source), or a recurring wheeze.

Significant association between exposure and asthma
The study found that children living in a home with a greater use of any cleaning product during a child’s infancy increased the odds of a recurrent wheeze, recurrent wheeze with atopy, and asthma diagnosis by 3 years of age.

The highest risk of respiratory issue was associated with scented and sprayed cleaning products.

“Cleaning products are a simple exposure that parents can control and minimize to reduce their child’s risk of developing respiratory disease,” Takaro said.

Unsurprisingly, scented and sprayed cleaning products were associated with the highest risk of respiratory issues, according to the study findings.

“I would agree with the study. Obviously we need to keep our houses clean, but the less chemicals we use to do it, the better,” said Dr. Afif El-Hasan, pediatrician and national spokesperson for the American Lung Association.

According to Takaro, they can’t say with certainty how much exposure at 3 months compared to 1 year affected the association with the respiratory issues observed.

But he emphasizes they do know that infants are especially vulnerable because:

Their immune and respiratory systems are still developing.
Infants spend the majority of their time indoors crawling and contacting many surfaces where cleaning products are used.
Infants have relatively rapid respiratory rates. Their small size means their bodies are more affected by smaller exposures than older children.
“Based on what we know about this type of exposure with the multiple chemicals known to contribute to asthma, the complexity of asthma and allergic disease, and findings from other studies, we, as researchers, weren’t surprised,” Takaro said. “However, we think parents will be.”