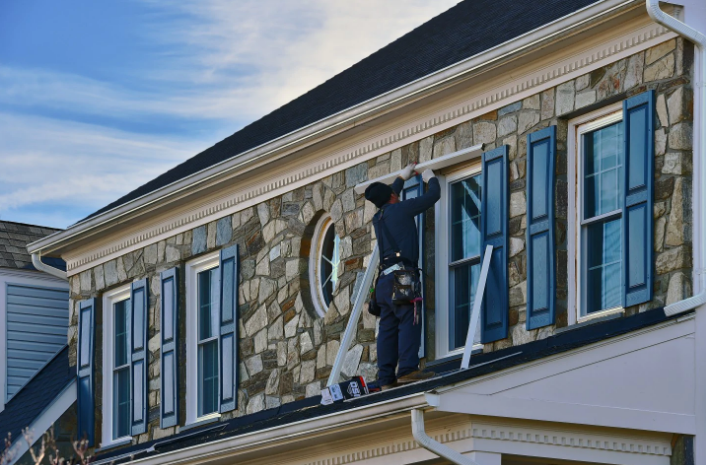 Homeowners turn to technology for more than just window dressing

When empty nesters Tom and Joyce Conner decided to build an energy-efficient dream house in Fairfax, Va., they said they knew from experience how critical windows would be to their comfort and finances. It’s why they had replaced drafty aluminum-framed windows in their previous home a few years back.

But they were not aware of how far windows had come since then. While glass is age-old technology, ever-improving coatings, assembly methods, chemistry and design have made panes so efficient that the top-rated windows claim to guard against heat and cold as well as a standard wall.

For their new house, the Conners chose hinged windows with snug closures, triple glazing, gas between the panes, and coatings that block the ultraviolet rays that heat the house and bleach fabrics. “It’s just a superior design,” Tom Conner said. Even guests notice that the windows aren’t the run-of-the-mill double-hungs, tipped off by the black composite frames that turn and tilt to open.

But energy efficiency is not the only benefit: New windows can make a house more comfortable, quieter and secure.
The Conners’ architect, David Peabody of Peabody Architects in Alexandria, Va., specializes in “passive houses” that use little energy for heating and cooling. He offered the Conners a choice of windows made by Klearwall, H Window, INTUS Windows and Zola. They settled on Zola. “With a window like a Zola triple-glazed, the surface temp of that glass is within 4 degrees of the wall,” Peabody said. “So when you stand near those windows, it isn’t cold.”

Peabody put Zolas in his own home, not only for energy savings, but also for the quiet. “We live where the jets go by, and you don’t even hear them,” he said.

Common U.S brands such as Andersen, Marvin and Pella also make high-efficiency windows, but Peabody said that U.S. windows are more expensive than the comparable European-made models, even after shipping costs. Marvin and Pella did not respond to requests for information, and Andersen failed to provide a promised expert over a month’s period.