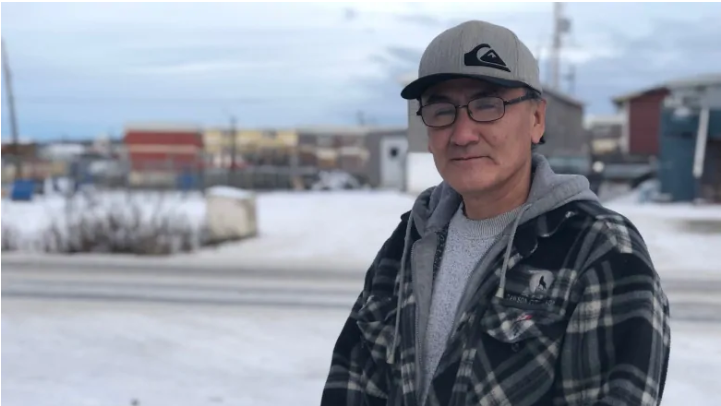 Just three years ago, Bobby Ross was homeless and struggling with alcoholism.

But now, he’s launched a windshield repair business — his second business in Inuvik — a service that hasn’t been available in the community.

His newest business, which he started just two weeks ago out of his home, focuses on cleaning cars and repairing windshields — Ice Auto Detailing and Glass Repair.

He took a course online to get trained in repairing windshields, did plenty of research and ordered special equipment from Arizona which will allow him to fix windshield cracks.

Ross said when people need their windshield repaired in Inuvik, they have to head south to Whitehorse or Edmonton to get the crack and chips fixed or have the entire windshield replaced.

“It costs money just to get there and then you need to stay there for a day or two and it costs more money, so I’m saving the customer, maybe, over $1,500.”

Ross said the road to recovery was hard.

“Trials and tribulations is what I went through. It’s tough. It’s hard, and it’s a blessing I went through it,” Ross said. “Now that I’m sober now — three years — I want to give back to a lot of people who helped me along the way.”

Ross said when his partner Julia was diagnosed with ovarian and breast cancer he hit a low point.

“I lost everything and I really didn’t care about anything. I was angry. I was angry with god.”

Ross said when she died, he turned to alcohol, which “suppressed all my feelings, my hurt, my anger.”

He said he started to suffer from seizures due to his alcoholism about five years after her death. During that time, he was homeless.

About a year after he first started experiencing seizures, he had a near death experience on Christmas Eve and was hospitalized.

‘It was a miracle’

He credits that day as being the one that helped him turn his life around.

“It was a miracle to me. I don’t know if other people believe in it, but I believe in it. There was something in that room … that came to me. Just like white light, really loving and caring. It spoke: ‘you don’t have to worry anymore,'” Ross said.

The Gwich’in man said that during his stay in the hospital, the doctor informed him that he “should’ve been dead 10 times over” since his liver was in incredibly poor condition.

Ross said after he left the hospital, he went to Inuvik’s homeless shelter “and that’s where I started really sobering up and really getting with the Lord.”

Small business loan to start
When looking to start his businesses, Ross headed to the Western Arctic Business Development Corporation for help.

The corporation not only helps customers with business plans, but it’s also a government-funded lender that gives loans to people who might not otherwise qualify.

Officials with the organization said they helped Ross with start-up financing, a business plan, getting cleaning supplies for his first business and his windshield repair kit.

“We helped him throughout the process but also he’s worked really hard, and really taken ownership of his business idea,” said Arthur Barrows, general manager of the Western Arctic Business Development Corporation.

Barrows said the corporation is there to help “give people second chances” and that it’s great to see how far Ross has come.

He also said that cab drivers in town mentioned that they often head all the way to Alberta in order to get their windshields fixed, so Ross’ service could be viable.

“He’s not just helping himself, but he’s helping a lot of people in the community.”

Barrows said that Ross has developed a reputation over the past couple of years of doing really good work.

“I would encourage the community … to give him a chance because he’ll earn their business.”

Ross’s business is mobile, so he can head to other communities as well to provide his services. But he wants to one day own a garage where he runs his company.

He hopes his story is an inspiration to others who have faced or are facing the struggles he was able to overcome.