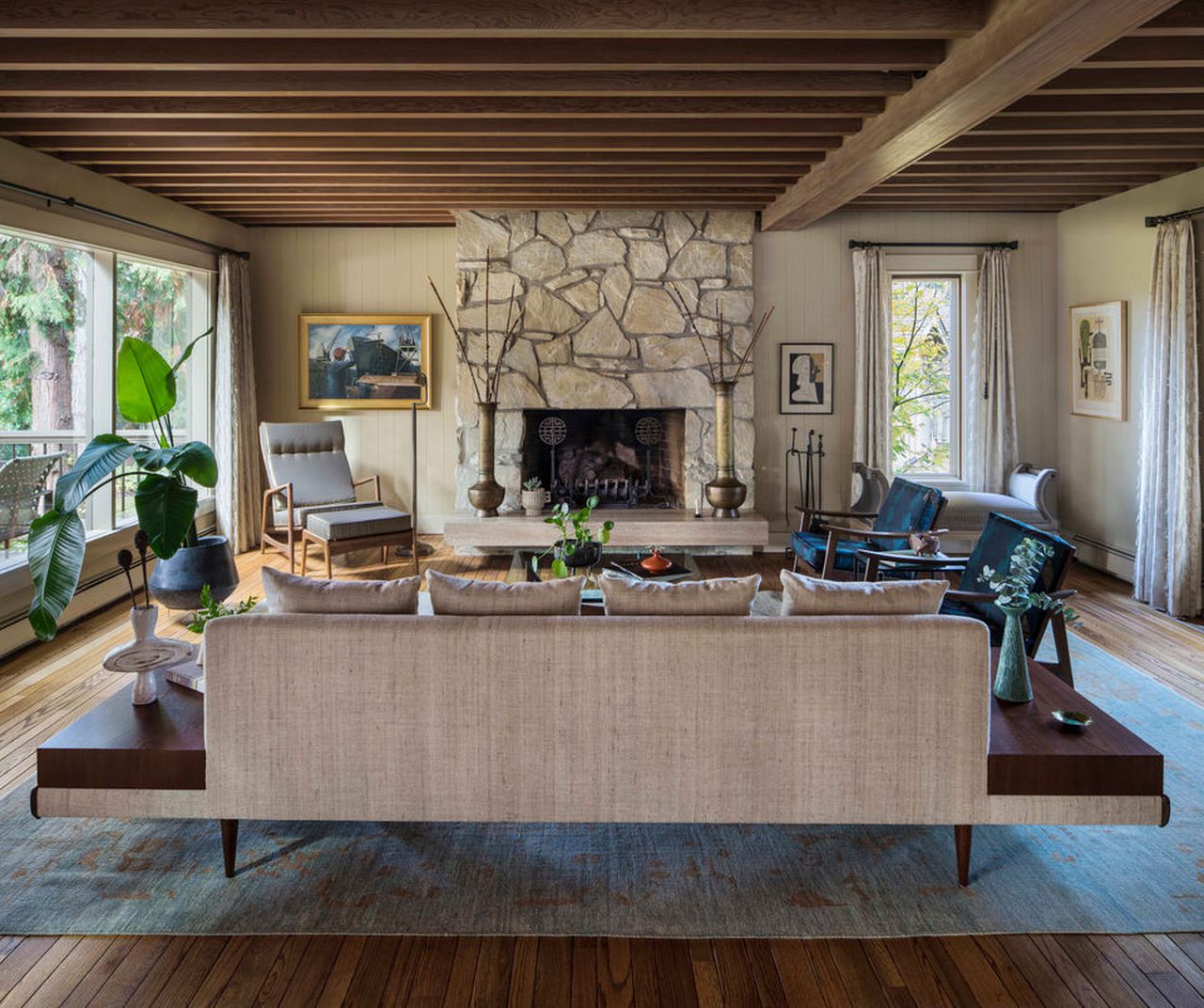 People can no longer knock on an unfitting front door that had been popped onto an admired architect’s Pacific Northwest modern dwelling.

In its place: The dramatic double doors designed decades ago by John Storrs, a Modernist renowned for his refined residential designs.

The original doors, with glass and stained brown wood, once again set the stage for this 1962 custom house that the late, celebrated architect dressed in natural Douglas fir, hemlock and other patinated and textured wood he saw as an “understandable, romantic material.”
Eighteen years ago, a developer in Southwest Portland’s Lynnridge neighborhood sought to update the look of the midcentury modern by adding heavy layers of cherry wood and Craftsman-style doors, light fixtures and other features.

Cherry wood was wrapped around a post in the living room and used as a built-in buffet in the dining room as well as wide molding and a low-hanging valance in the home office area off the kitchen.

The dark reddish wood not only clashed with the overall spare aesthetic but the warm colors of the stone floor, green-tinted beige fir paneling and amber-hued hemlock ceilings.

Holes had been drilled into the wood-planked ceilings to accommodate canned lights and other contemporary fixtures.

And the original doors, with brass doorknobs and hardware plates inspired by Northwest native art, were buried in the basement.

The modifications, which were made to improve the old house in danger of being torn down, took place before artist Richard Stark and attorney Abby Wool Landon became the home’s second owners to live there.

In 2018, they hired Portland interior designer Vicki Simon to take away the distractions, reinstate the clean lines and execute upgrades that would appear seamlessly alongside Storrs’ work.

“We were looking for someone who appreciated the provenance of the house,” said Landon. “We pointed out the things we didn’t like, and Vicki said, ‘Let’s see what’s underneath.’”